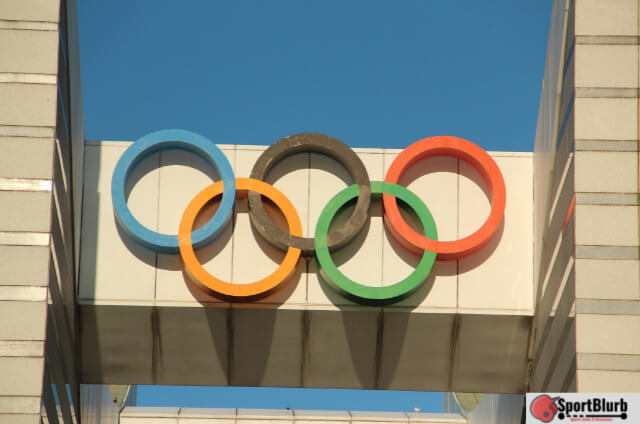 Sporting events that are not in the Olympics include cricket, squash, bowling, mixed martial arts, polo, netball, lacrosse, floor all, roller sports, and water moto sports. All these sports are highly competitive and enjoyable to watch, but they’ve not made their way into the Olympic Games.

In the world of sport, the Olympics is still one of the most popular sporting events in the world. However, not all sports will make it to the event to ensure proper management of the games. If you’ve been wondering what sports are not in the Olympics, and you want to find answers to your questions, then you’re at the right place. In this article, we’re going to work you through the list of sports that are not in the Olympics.

Sports That Are Not In The Olympic Games

We’ve made a proper list of sporting events that are not included in the Olympics. Let’s check them out!

At the 1900 Olympic Games, IOC introduced the Polo and was included in four other Olympics; in 1908 London, 1920 Belgium, 1924 Paris, and 1936 Berlin. However, the sport was excluded from the list of sports in the Olympics due to the high cost of transporting horses. For this reason, Argentina won the gold medal twice in 1936 and 1924, making them the most successful country in the sport.

Netball isn’t included in the Olympics for two reasons. Firstly, it is regarded as a female-only sport. There are fewer men who participate in the sport around the world. Besides, the IOC recently included two sports (synchronized swimming and rhythmic gymnastics) which are considered female-only sports in the Olympic program. Secondly, netball is commonly played only in Commonwealth countries such as Singapore, Australia, Malaysia, and Britain.

In the 1904 Games in St. Louis and also at the 1908 Games in London, Lacrosse was one of the medal sports. It was designated as a demonstration sport in the 1928, 1932, and 1948 Games. The gold medal was achieved by the Shamrock Lacrosse team from Canada. Also, the bronze medal was achieved by Mohawk Indians from Canada. Lastly, USA’s St. Louis Amateur Athletic Association settle for the silver medal

The sports in the Olympics are at the maximum, and the organization can’t afford to add new sports unless some of the existing ones are removed. That’s more of a reason why there’s fierce competition among these sports. Since around 2000, roller sports have been competing to be included in the Olympic program. Nonetheless, other sports with better global reach have edged out roller sports over the years. The sport is competitive and enjoyable to watch, hence, it should be considered in the next Olympics.

In the 1900 Olympic Games in Paris, the sport was one of the most popular events with a two-day Test between Great Britain and France. Great Britain was victorious, winning the game by 158 runs. Generally, cricket remains the second most-watched sport in the world, with over 2.5 billion fans. IOC hasn’t included cricket in the Olympics, despite its global acceptance. By the way, cricket has been in Olympics before. It was among the sports in 1896 modern Games. However, the sport was withdrawn because of low entrants.

The main reason why mixed martial arts (MMA) hasn’t been included in the sports of the Olympics is that it is still regarded as a violent and dangerous sport. Another reason is its scoring system. The IOC believes the sport doesn’t have a standardized scoring system for its successful strikes. For MMA to be included in the Olympics, it needs to address these two major issues.

In the late 1960s, floorball was created in Sweden. In today’s world, the game still remains unpopular. Floorball is still relatively new to North American sportsmen even though it is well played in Europe and Asia. We all agreed the sport’s exclusion from the Olympics is due to the fact that it’s still at the developing phase. Floorball is a sport is still modifying its youth development, a global framework of leagues, and top players.

After broad research, we’ve made a list of frequently asked questions answers on sports that are not in the Olympics.

What Sport Got Removed From The Olympics?

Thomas Bach, the International Olympic Committee president, said the two black sheep of the Olympic movement are boxing and weightlifting. In his words, these two sports remain at risk of being removed from the 2028 LA Games program.

What Is The Weirdest Olympic Sport?

What Sports Will Not Be In The 2024 Olympics?

Just like we all know, in every Olympic edition, we see the inclusion and eviction of some sports. Baseball and karate will not be in the 2024 Olympics. However, sports like Skateboarding, sport climbing, and surfing will be featured in the coming Olympic Games.

Some sporting events are highly competitive and enjoyable to watch, but they’ve not been included in the Olympic Games. They are popular sports like cricket, squash, bowling, mixed martial arts, polo, netball, lacrosse, floor all, roller sports, and water moto sports. We’ve reached the closing chapter of this informative article. We hope you were able to find good and reliable resources in your quest to know the sports that are not in the Olympics. If you have any questions or comments about the article topic, don’t hesitate to contact us. Thanks!