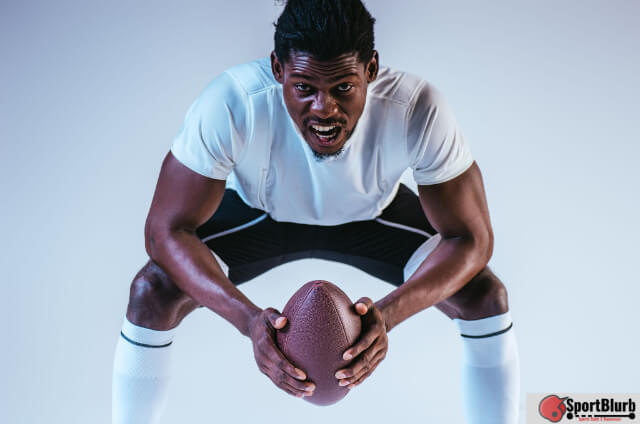 Most fanatics of rugby are usually perplexed when they see rugby players dive to score the try. You should not be surprised when you see them dive like that, they do that because it’s the easiest and quickest way to get the ball down over the line. When a rugby player has the ball with him, he only has to let the ball make a contact with the ground. No need for downward pressure.

They dive to make a try. In this article, we are going to talk about a “try” in the game of rugby and some other important kinds of stuff about rugby like penalty try, conversion, why do rugby players slide, aspect common to both union and league in terms of making a try, and many more. A try in the game of rugby is the method of getting points accredited by the rugby league football and rugby union. When a rugby player grounds the ball in the in-goal area of the opposition, it’s called a try in rugby. In-goal area and grounding the ball have slight differences in rugby union and league. “Try at goal” is where the term “try” comes from, meaning that the grounding of the ball will give the attacking team a great chance to attempt to score by kicking at goal freely.

The table below consists of the differences and the similarities between Rugby Union and Rugby League.

You can compare a “try” to the touchdown common in Canadian and American football. The only main difference between the two is that the ball must concurrently touch the ground with the attacking player to make a try while a touchdown in American and Canadian football has an end zone where the attacking player with the ball must enter. In the two codes of rugby, the word touchdown typically means grounding them through the defensive team only in the in-goal.

The referee has the power to decide a penalty try in the game of rugby. If he sees that the defending team’s misconduct has prevented a try, he has the power to award a penalty try to the attacking team in both rugby league and rugby union. Regardless of where the offense took place on the pitch, penalty tries are usually given under the posts. The referee applies the standard that a try “probably” would have been scored in rugby union. The referee does not necessarily need sure certainty that a try would have been scored.

After the “try” has been awarded, the next thing is a conversion attempt, just in-line where the attacking team scored a try, and then lastly, from in front of the posts, a penalty kick would be taken. After a try has been scored, any foul play results in the award of another penalty awarded on the halfway mark in rugby union. An eight-point try and a penalty try are two distinct results with the 8-point try being scarcely seen in the present rugby game.

In both rugby league and rugby union, the attacking team which is the scoring team gets the opportunity to attempt a conversion when a try is scored. This conversion means a free-kick at the goal to modify the try from a set of points into a bigger set of points. At any point on the field of play in line, the kick is taken parallel to the touchlines with the point that the ball was grounded for the try.  Extra points are scored if the attempt is successful.

However, the ball must pass between the uprights and over the crossbar for the conversion to be successful. The two ways through which the conversion can be attempted is either a dropkick or a place kick (from the ground) in both codes. The place kick is the most preferred option of conversion by most rugby players. This is because generally the place kick is regarded as the easier skill than the latter. Most attacking players usually try to ground the ball very close to the in-goal area center to make the conversion easier.

Rather losing the ball when trying to pass it to teammate or by being tackled, most attackers used to quickly ground the ball immediately they are confronted by an opposing defender. Generally, a conversion is worth of two good points in both rugby league and rugby union. However, a five-point try is converted to seven by a successful kick at goal in rugby union, whereas, in rugby league, a successful kick at goal converts four-point try to six.

Why Do Rugby Players Slide?

Does The Ball Have To Touch The Ground In Rugby?

Yes, of course! The ball has to touch the ground in rugby especially when an attacking player is attempting a try. That’s because a try is only scored by grounding the ball in the in-goal area of the opposition which is on or behind the goal line. In-goal area and grounding the ball have slight differences in rugby union and league.

Honestly, between the two codes of rugby, there are differences in the fine detail of the laws and their interpretation. The ball itself and the player holding it must never be touch-in-goal or touch, not excluding over or on the dead-ball line. The points that are counted as being “out” in the game of rugby include touch-in-goal lines, dead ball lines, and touchlines. For the ball to be ruled in touch-in-goal or touch, there must be contact between the ground and the ball with the player.

A try is scored in case an attacking player is tackled light of the goal line but quickly gets out and also puts the ball on and over the goal line.  (This is an immediate contrast to rugby league, which could award a penalty for “double movement”, see below. There’s sometimes confusion among players and spectators at community amounts of the game as well as an incorrect protest of “double movement” is a typical one at English rugby union matches. Rather compared to arms only, a “double movement” in rugby union consists of action of the torso.)

Once again, rugby players dive because it’s the easiest and quickest way to get the ball down over the line. A “try” in the game of rugby is the method of getting points accredited by the rugby league football and rugby union. When a rugby player grounds the ball in the in-goal area of the opposition, it’s called a try in rugby. We’ve come to the end of the article, hope you were able to get resources in your quest to know why rugby players dive. Please do not hesitate to ask any questions or comments. Thanks!