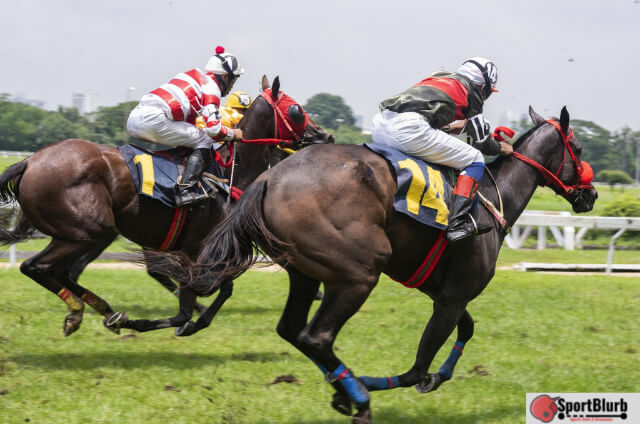 The game is controlled with different decisions that are made by certain officials on the pitch. Things like awarding the penalty or not awarding the penalty. The wrong decisions made that just feel a little strange. Things like banning players or creating stories that are false and misleading, causing the media to carry them along with some of their misleading stories.

Some of these complications also cause the players to be pressurized psychologically, which isn’t good at all. The manipulation happens in such a way that the teams have the most supporters and individual interest. The rigging has to be something that wouldn’t look obvious so the audience does not notice. Everything that happens is just about the money, it is always like that and hasn’t changed over the years. The best way to make money for the team is to have the best players and the best teams be at the top of the game.

Sports That Are Easiest To Rig

Check out the following sports that have been rigged over the years.

This is the most obvious rigged sport of all time, it is very easy to rig a WWE game because most times before the match even starts, the people at the head of the panel already know who would win. The fighters on the stage or in the ring are just actors. It isn’t technically a sport because of the way that the game is. The insiders here can turn the betting market to their best interest by weighing the game. Many things have happened over the years so much so that when the game is done, betting sites tend to lose a lot of money to the officials of the game, this is why some of them have stopped adding wrestling to their bookmarks.

This should be the slickest game ever to manipulate because no one can figure out if a tennis player plays the ball straight to the net by himself or herself causing them to lose a point. Even when the player makes a faulty serve on purpose, no one would know about it because these things happen all the time. Without a doubt, there is every reason to believe that a tennis match can be rigged just like most sports.

Americans invented gambling, Americans have been gambling since the test of time and so most of the unit sports has betting histories back to about three to four centuries ago. Boxing and baseball have been tied to betting since they were created, and so was horse racing these 3 games are built on gambling and so they are rigged most times to be in the favor of certain people once in a while. The games get rigged from people going ahead to stealing horses or switching them for any other horse that looks just like them and cannot make the race. Different systems have been done, even betting slip scandals.

This is the best game in Canada, it has been in their history for years now and they still play hockey a lot. Americans also do enjoy hockey like the Canadians bug not as much. It is also a sport that can be rigged for betting motives. During a hockey game, you see the goalie miss a clean shot, you don’t know what went wrong, you don’t know if something was wrong, this would go on without being noticed because he could just be having a bad day.

The game all depends on inches, missing by an inch and putting the ball in the wrong place without it making the drop in the cup hole doesn’t really mean anything. Just like every other sport, the golfer could decide to move the shot and people would just make a sound about it and it wouldn’t even cause a fuzz. The game could be rigged even with 10k people sitting in the audience watching the game. Any excuse could come up, the excuse of making a bad swing, using the wrong club, and the fans making irrelevant noises.

Football is one sport that could be proven hard to rig because a lot of people watch you and when you make obvious mistakes, then your career could be at risk. Most times, it is best to rig a game with one of the best players known by the audience because they could make an excuse and overlook it to be a bad day for him. Small rigging techniques are the missed tackles, dropped passes, fumbles, stupid penalties, and other things that make it look like you are just playing a normal game.

No, sports betting cannot be rigged but most times it is placed against your favor based on the vig. For sport betting companies to gain revenues, they collect their share from the losing let’s. The commission or share that they get from there is called vig. Based on this profit or revenue that they receive, people come out to say that these companies rig the bet, that isn’t true because they just use it to make money.

How Can Gambling Be Rigged?

Gambling is not a game for the weak but it isn’t a rigged game because most times you lose more than you win. With gambling, you can never get more than the house gets. The house only pays you large amounts once but takes your little amount fast and on a daily basis.

So far the article has been able to teach us some things that we never really knew about sports. The main reason why sports can be rigged is for gambling objectives.  We’ve reached the closing chapter of this informative article. We hope you were able to find good resources in your quest to know if professional sports are rigged. If you have any questions or comments about the article topic, don’t hesitate to contact us. Thanks